On Saturday, the international credit rating agency Standard & Poor's raised the rating of Russia to investment grade, with a rating of BBB- and a stable outlook. Fitch also confirmed Russia's investment rating at BBB-with a positive outlook. This is good, albeit belated news, since, last year's economic indicators have already inspired optimism. 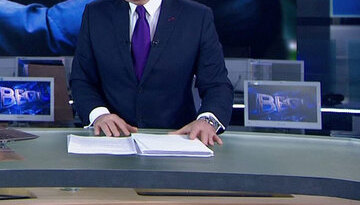 In the meantime, neighboring Ukraine is non-investment grade, according to the S&P. Kiev scored loans and exceeded the psychological barrier of the national debt of 2 trillion UAH. It is under 80 billion dollars — an implausible sum from the start. It is certainly unrealistic for the Ukrainian economy to service this amount.

The only way out for Poroshenko is either to flee the country or launch a war as a force majeure. If that happens, he can always blame Russia. The Ukrainian army is being prepared for war. Battalions of nationalists are being prepared for war. For the war, the shipments of American weapons worth hundreds of millions of dollars never cease. A law presupposing the forced reintegration of Donbass, which is allegedly "occupied territory," was adopted to justify the forthcoming war.

The new law came into force on Saturday. There are other signs of the impending war. Vasily Zhemelinsky, a captured Ukrainian saboteur, was recently caught in the territory of the Donetsk Republic.

Vasily Zhemelinsky: "In recent times, they began to bring up more gasoline and diesel fuel. And I mean fuel and ammunition in very large quantities, several times per day. Many comrades had their leave cut short, and told to return to their area of deployment ASAP. Rotation should have happened a long time ago. They should have already rotated the 56th. But, the opposite is happening. In my opinion, they're reinforcing our lines for something big".

The people in the current Kiev government need fresh blood and lots of it. They still do not value their own people. They didn't mind shooting at them during that violent coup. Its four-year anniversary was celebrated this week.

Poroshenko shed crocodile tears while announcing the reduction of the retirement age for members of the families of those who were killed and wounded on the Maidan. Now they retire earlier. Men retire at 55, and women retire at 50. Pensions in Ukraine, however, are now many times smaller than before the coup.